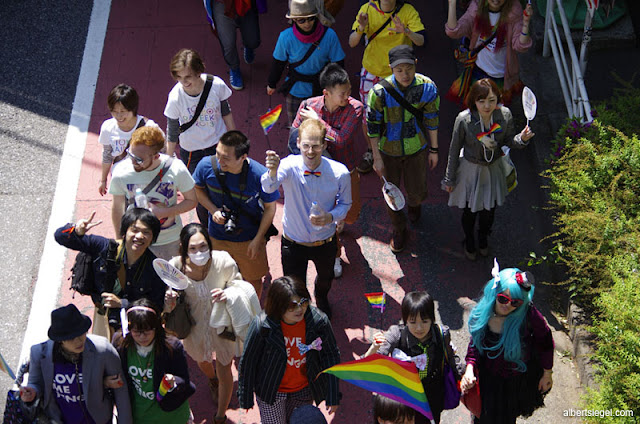 Today was a pretty fun day.  I really enjoyed this assignment.  Though I was there for a few hours, time really seemed to pass quickly.

Thousands of people turned out at Tokyo’s Yoyogi Park to take part in the Tokyo Rainbow Pride parade.

The week long celebration, known as Tokyo Rainbow Week, is the first of its kind and takes place during Japan’s Golden Week holiday.

It was an excuse for many to go out in costume and have a good time.

It’s also part of a series of activities in support of gay, lesbian, bisexual and transgender issues, which are still considered taboo in Japan and illegal in other parts of the world.

The atmosphere was one of joy and support of sexual minorities.  At the end of the day, it was a good start for what many hope is a better future for acceptance and understanding.

I'm looking forward to next year when I hope there will be an even bigger turnout.
at 19:10
Email ThisBlogThis!Share to TwitterShare to FacebookShare to Pinterest