A visit by the Prime Minister of Japan 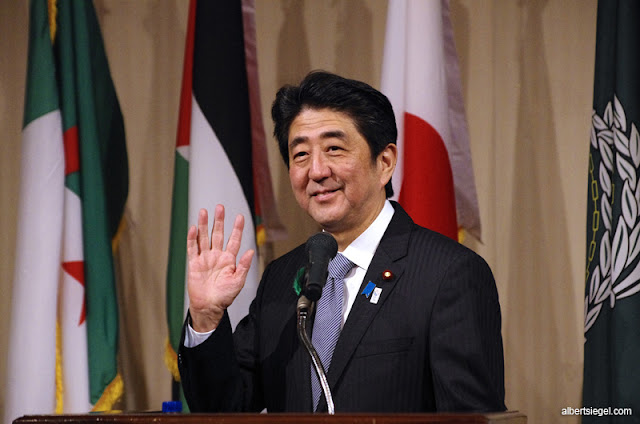 I was asked to cover Arab Day at the Mandarin Oriental Hotel in Tokyo with the hope that Prime Minister Abe would make an appearance and say a few words.   He spoke of the friendship between Japan and the Arab world.  He thanked the Arab community for their support during the March 2011 earthquake.  He also asked for support to win Tokyo's bid to host the 2020 Olympics.  I was surprised that Abe took the time to stop and shake hands with so many people.  He's quite a friendly guy and left me with good impression.
at 18:03
Email ThisBlogThis!Share to TwitterShare to FacebookShare to Pinterest